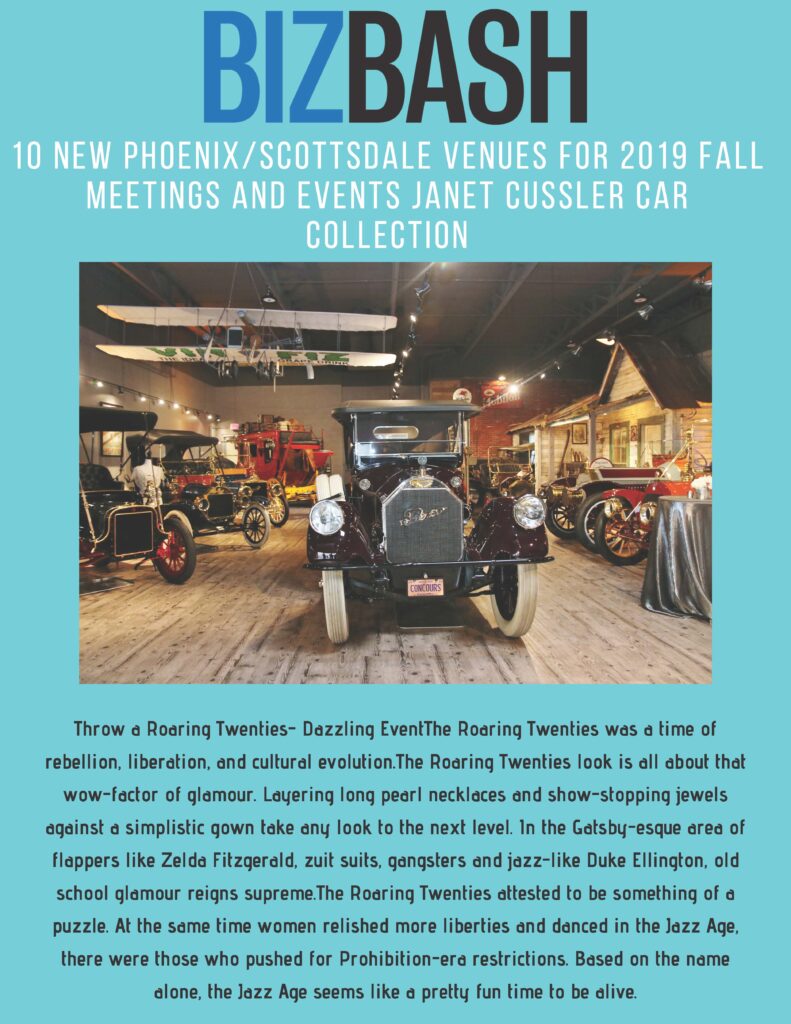 Janet Cussler Car Collection a venue that delivers delectable cuisine, top-notch service and that has all the glitz and glam that the 1920s represented literally in its roots.

The Roaring Twenties was a time of rebellion, liberation, and cultural evolution.

The Roaring Twenties look is all about that wow-factor of glamour. Layering long pearl necklaces and show-stopping jewels against a simplistic gown take any look to the next level. In the Gatsby-esque area of flappers like Zelda Fitzgerald, zuit suits, gangsters and jazz-like Duke Ellington, old school glamour reigns supreme.

The Roaring Twenties attested to be something of a puzzle. At the same time women relished more liberties and danced in the Jazz Age, there were those who pushed for Prohibition-era restrictions. Based on the name alone, the Jazz Age seems like a pretty fun time to be alive.

The Roaring 20’s were named such because it was an era when extravagance and bold, new styles emerged and when affluence and over the top, glitz and glam came rushing in and left lasting impressions.

The 1920s was an era with liveliness and splendor. When over the top, flashy and wild elegance shone through.

F. Scott Fitzgerald called the Jazz Age a time when”The parties were bigger, the pace was faster, the buildings were higher and the morals were looser.”

Zelda Fitzgerald — the stimulus for husband F. Scott’s heroines — was a symbol of flapper feminism and a supporter of the era’s risque dances. A renowned writer and dancer herself, Zelda had a flair for glitz and the dramatic and was dubbed by F. Scott as “the first American Flapper.”

For a glamorous cocktail evening, think decadence and style. 1920s cocktails like Mint Juleps are sure to go down well, and a champagne tower will make attendees feel like they’re in the home of Jay Gatsby himself.

A live jazz band will really let guests get into the swing of things; the 1920s were, after all, known as the Jazz Age. Out of all the event ideas inspired by the 1920s, this is just the thing for music lovers. 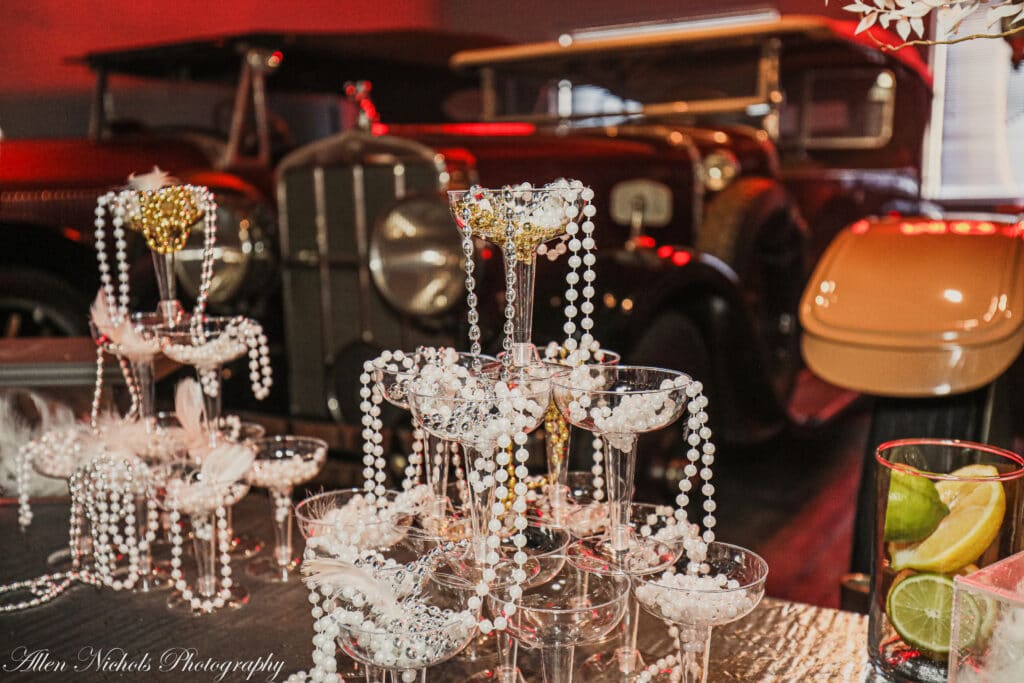 The Janet Cussler Car Collection managed by SPEV is event venue is devoted to the conservancy of astonishing rare and classic automobiles from around the world. The extensive collection has over 40 momentous automobiles and was started by renowned bestselling author Clive Cussler and his wife Janet Cussler.

A vintage venue retaining the charm of years gone by

Inside there were three distinctly designed spaces that had their own color palette and vibe. With faux brick to create a speakeasy feel. While the spacious interior can comfortably hold anywhere up to 400 people. Its relative simplicity also means that space can be adapted to suit whatever specific needs you may have. We are, climate-controlled, have indoor and outdoor areas for entertaining. Our library will be completed shortly. and we provide on-sight security.

With the twenties just around the corner, guests will be welcomed into the era of speakeasies, prewar cars and the perfect ambiance for a truly unique event. 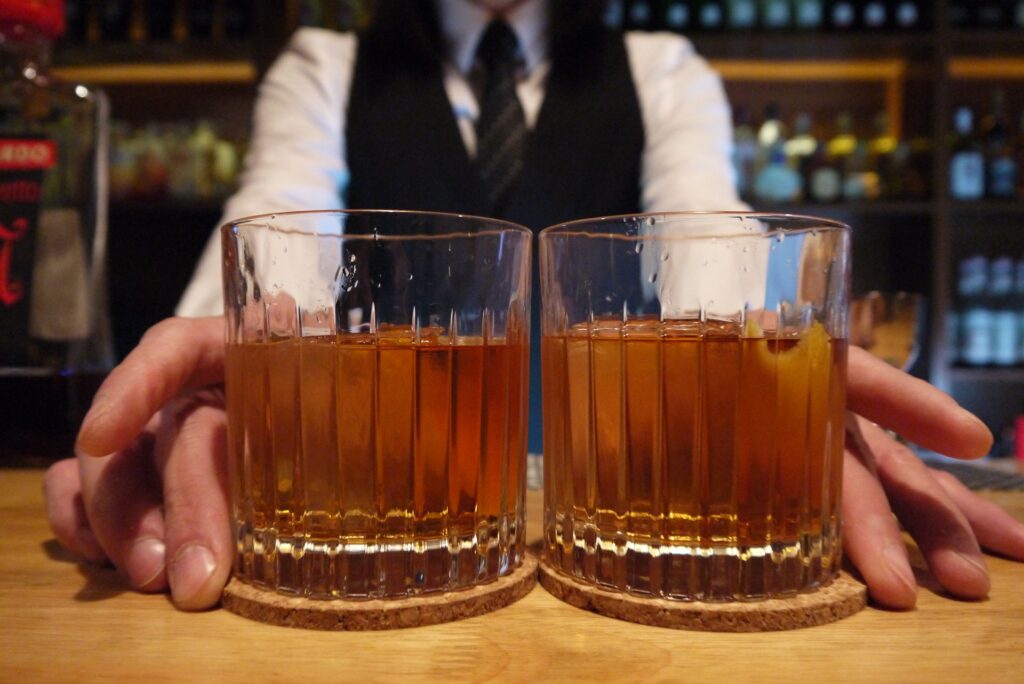 The collection is quite diverse, so whether you are enthusiastic about the muscle cars of your younger days, or have a captivation with the artistic and power-driven personalities of antique autos, or grasp the historical progress of the automobile and its impact on American culture, a visit to The Janet Cussler Car Collection is a must.

What better place to have an event with some of the finest cars that have ever been made? Even for those who don’t share the passion for autos, an event here may be a surprising and worthwhile venture.

The End Of An Era

After the stock market crash that brought on the Great Depression, gone were the opulence of the Roaring 20s. Heading into the 1930s, life became about the business of survival.

There’s nowhere more perfect to host a Roaring 20s wedding than this location.

Clive Cussler is married to Janet Cussler of Janet Cussler Car Collection he is the author or co-author of more than 50 previous books in five best-selling series, including Dirk Pitt, NUMA Files, Oregon Files, Isaac Bell, and Sam and Remi Fargo. His nonfiction works include Built for Adventure: The Classic Automobiles of Clive Cussler and Dirk Pitt, plus The Sea Hunters and The Sea Hunters II. They describe the true adventures of the real NUMA, which, led by Cussler, searches for lost ships of historic significance. With his crew of volunteers, Cussler has discovered more than 60 ships, including the long lost Confederate ship Hunley. He lives in Arizona. Clive Cussler is an American novelist and underwater explorer. His thriller novels, many featuring the character Dirk Pitt, have reached the New York Times fiction best-seller list more than 20 times. He is the sole author of more than 60 books.He is one of the richest authors in the U.S.A. He has earned the sum not only by writing alone. Cussler is also the founder and the chairman of the real-life National Underwater and Marine Agency. He has discovered more than sixty shipwreck sites and numerous other notable underwater wrecks.